Knut Henrik Henriksen’s sculptures and installations offer formal and material displacements in which the pliancy of space can be perceived viscerally. Though informed by modernist architectural legacies and industrial standards, Henriksen often considers the immaterial and affective power of space as it interfaces with human activity and behaviour. Positing building as firstly ‘alive – materially, ideologically, contextually – teeming with forces and silent assertions of norms’ as Lars Bang Larsen notes, Henriksen embraces architectural ‘doubts’ or ‘frustrations’ – the failures encountered in the effects of built space. By observing architecture in this light, Henriksen establishes resonances between standards and singularity; system and mystery; convention and emotion. This affectionate relationship with architectural aberrations has equivalency with, as Simon Parris writes, ‘a feeling of unease or discomfort you might experience when walking into a room or building for the first time, a sensation akin to mild motion sickness.’ 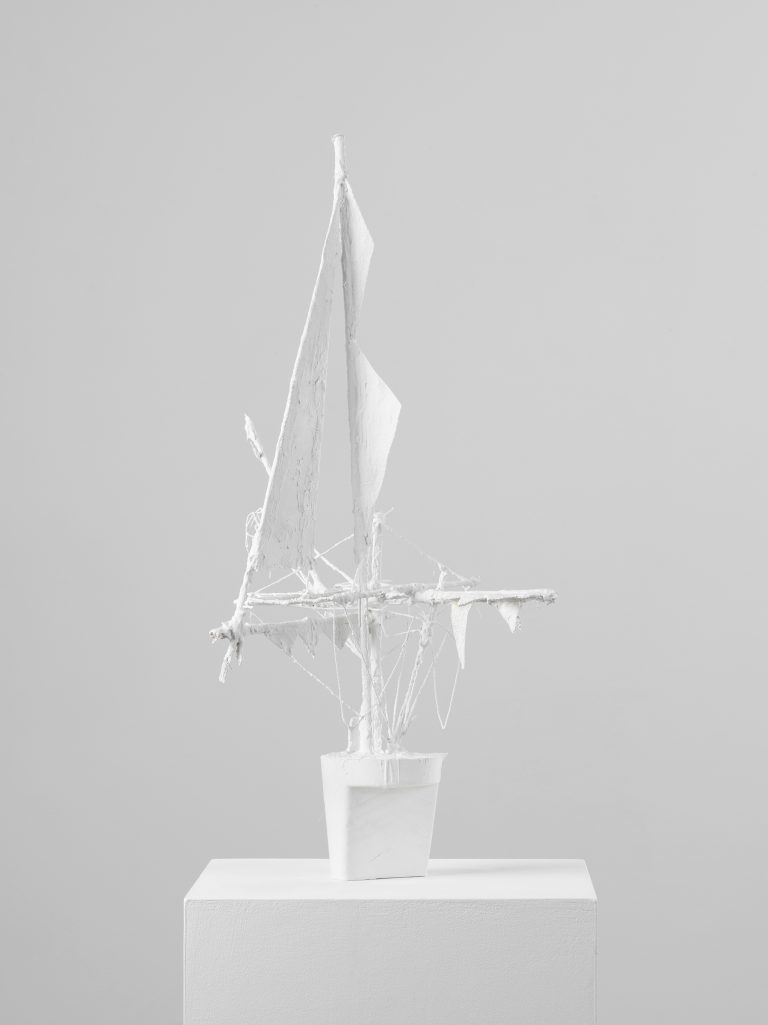 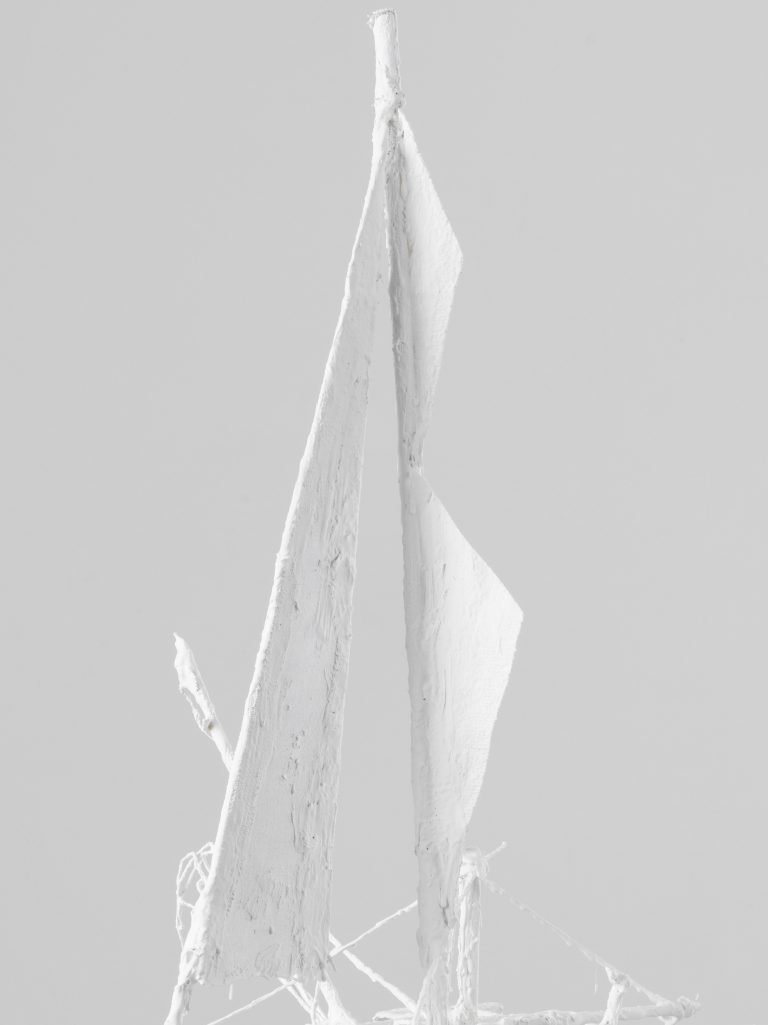 ‘If different examples of architecture … are visibilities, places of visibilities, this is because they are not just figures of stone, assemblages of things and combinations of qualities, but first and foremost forms of light that distribute light and dark, opaque and transparent, seen and non-seen, etc.’ i

‘…Henriksen works with architecture not as the first thing, but as the last. That is, not as a base for human activity and dwelling, but as ideas that have materialised as actors in their own right, and at the same time find themselves in the push and pull of broader processes of transformation.’ ii 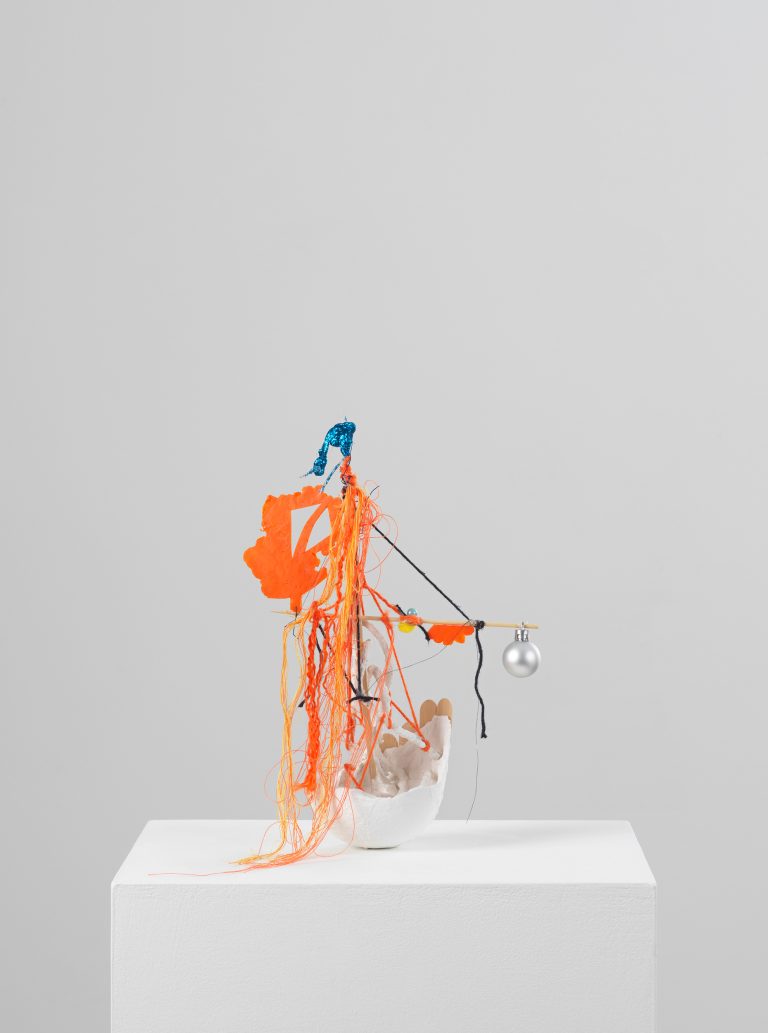 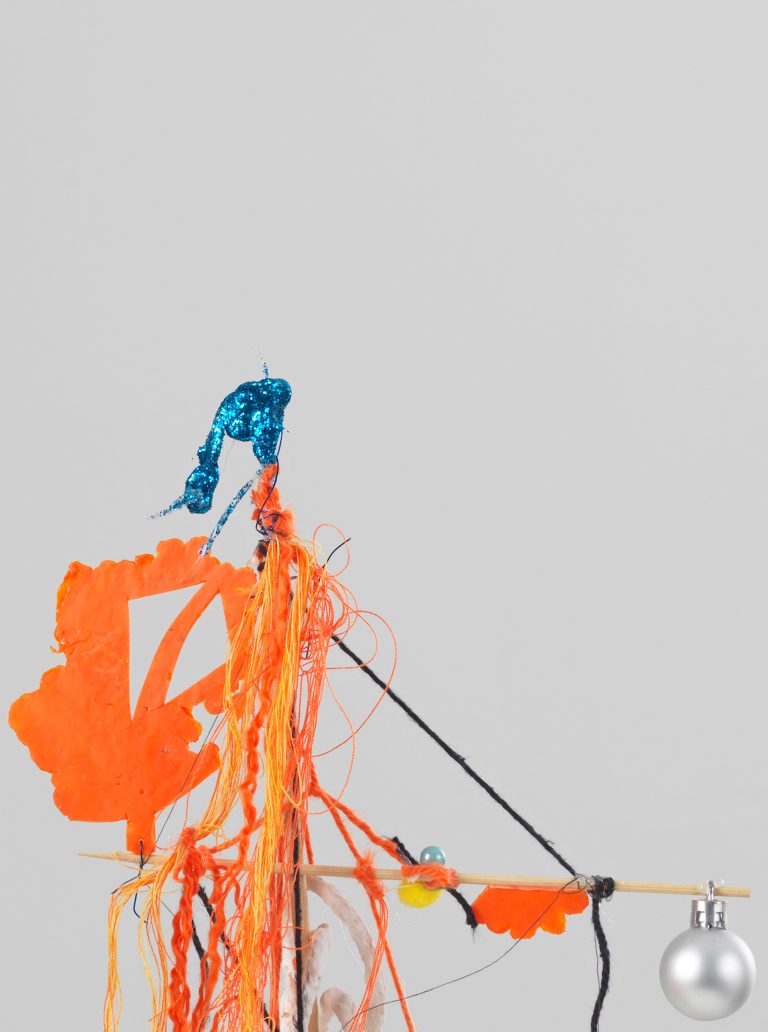 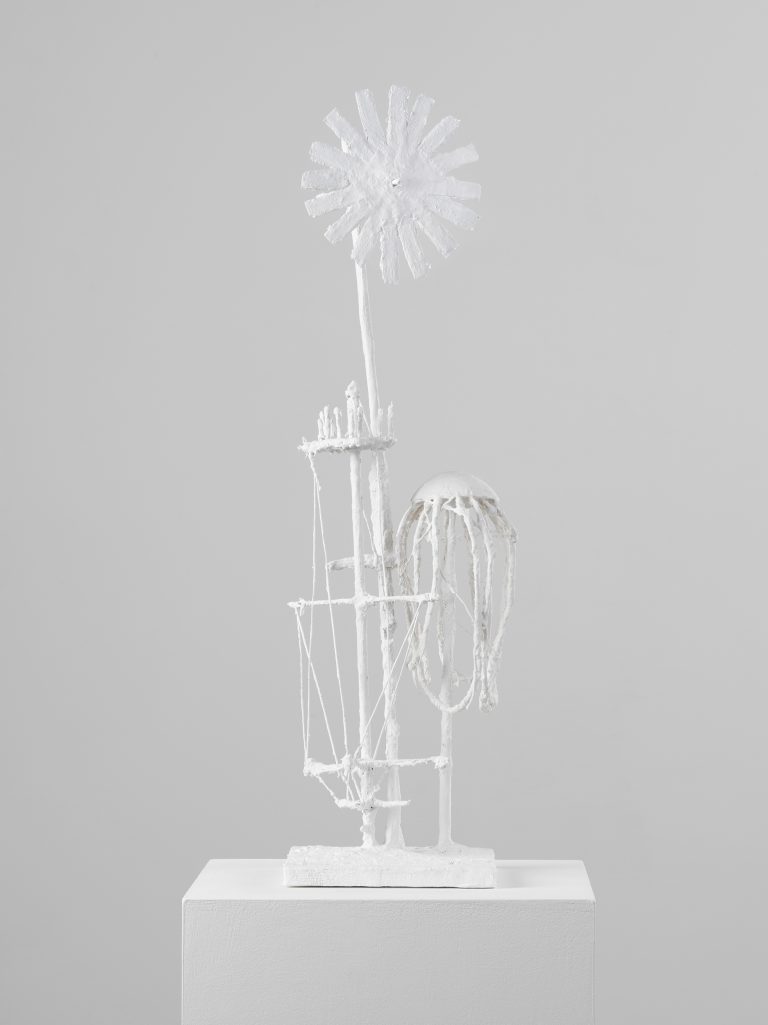 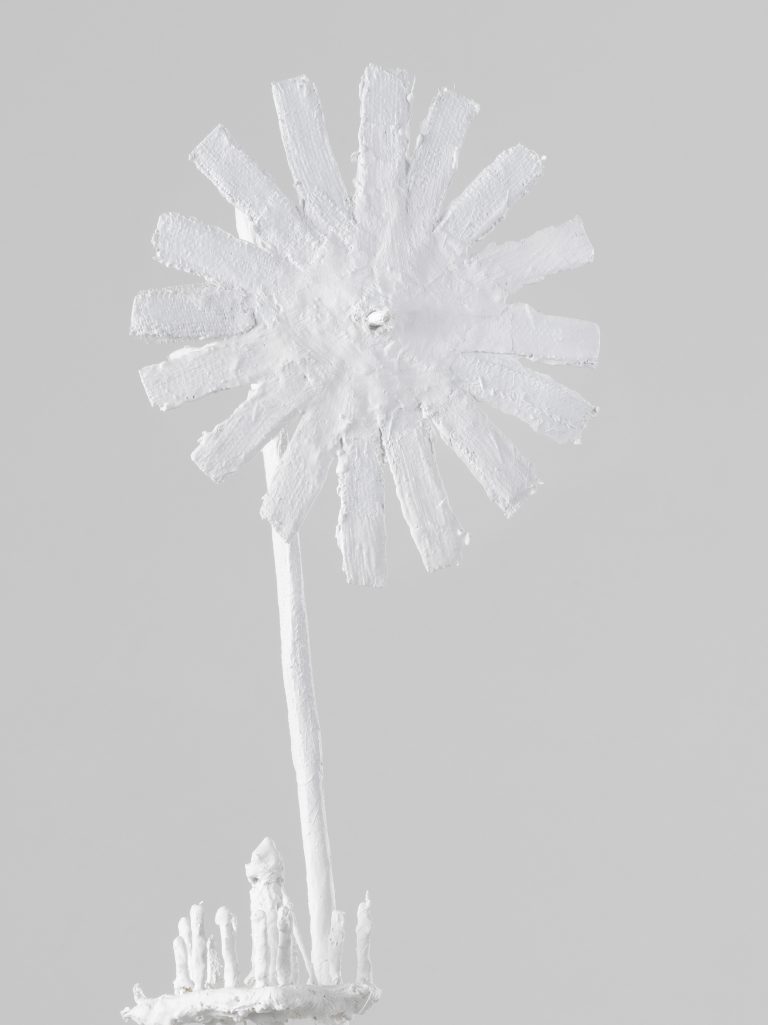 This project brings together two series by Henriksen: Flying Dutchman (2018-2020) and The Retrospective (2020), each utilising the model as a form of assemblage. Henriksen’s interest in endlessly reproducible structures also pertains to endlessly reproducible mythology. As ocean lore, the Flying Dutchman is constituted by qualities, namely of doom, dread and infinitude – a myth which operates with its own self-generating logic like a feedback system. The standard relies on trade, relations and mobility much like legend depends on exchange, repetition and remembrance. The emotional attachments to the Flying Dutchman, of unending doom and despair, constitute its permanency.

Each Flying Dutchman model envisages fragments of the mythic ghost ship, condemned to sail the oceans for eternity. Comprising plaster, porcelain powder, wood and thread, each is a study of assemblage from the abstracted vestiges of the spectral legend. Though seemingly deconstructed from a mythologised ‘whole’ – inherently partial and mutable – these structures appear discrete and studious, featuring individual elements reminiscent of degraded sails and desiccated masts. 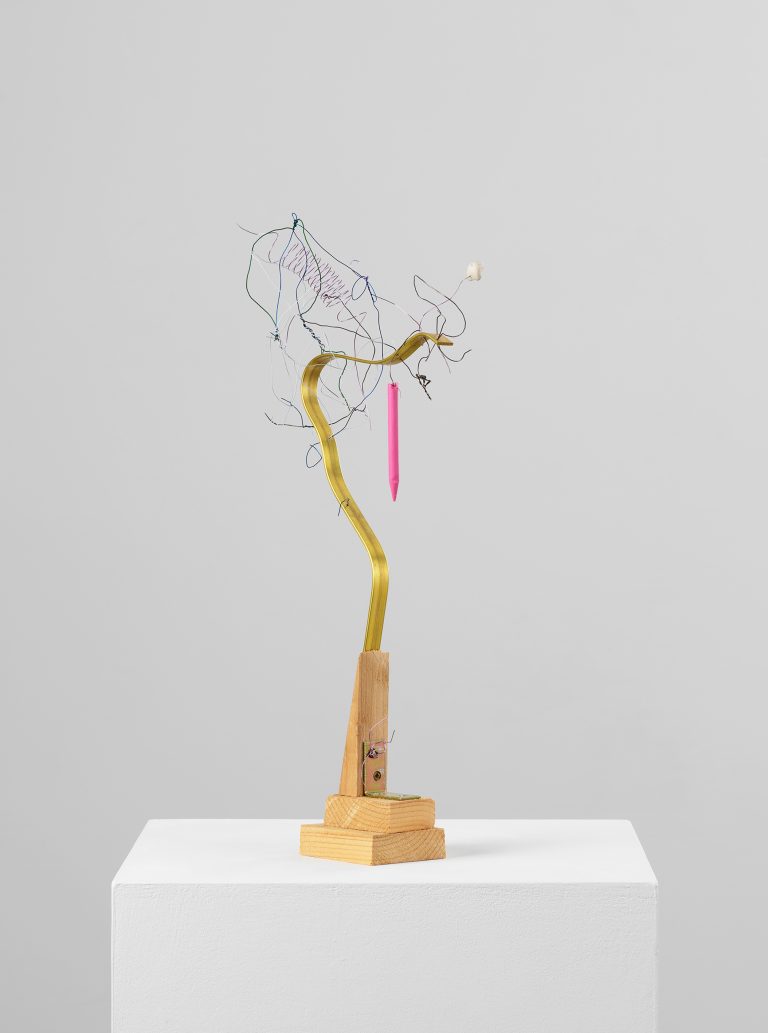 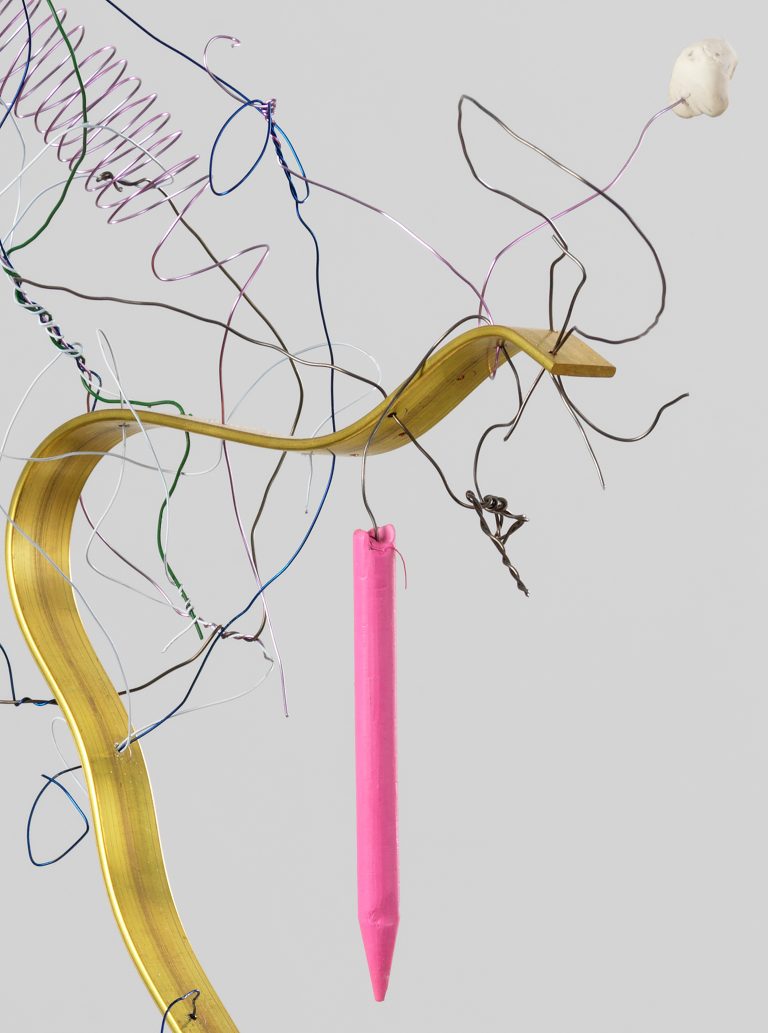 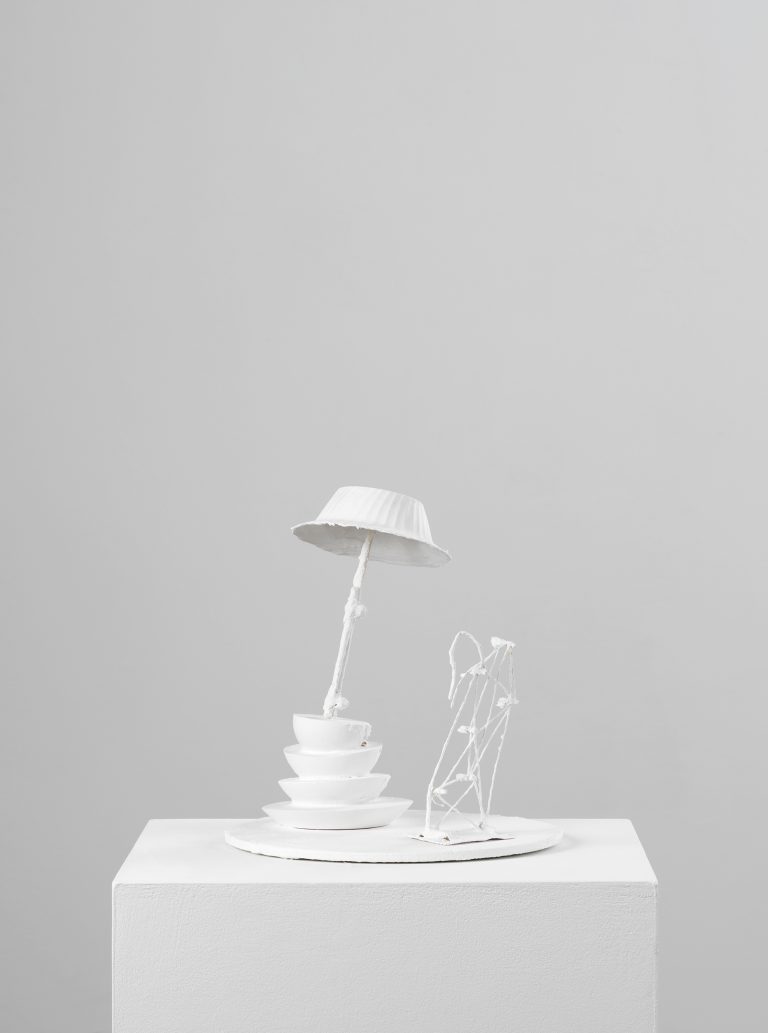 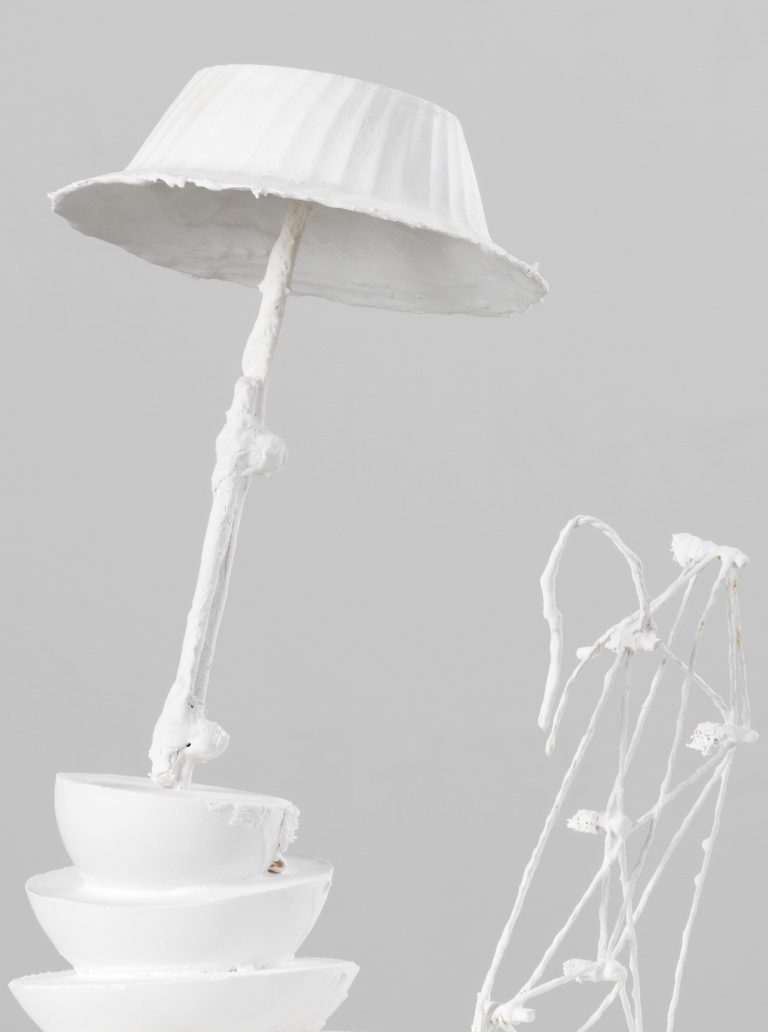 ‘These are sculptures that draw attention as much to the void, and to that implied or missing, as they do to themselves.’ iii

‘…Henriksen’s art is a sense for the way in which idiosyncrasy and creativity are not merely related to a specific system…but something that can be generated through and by means of such systems, in turn giving rise to new modes of composition, behaviour and subjectivity.’ iv 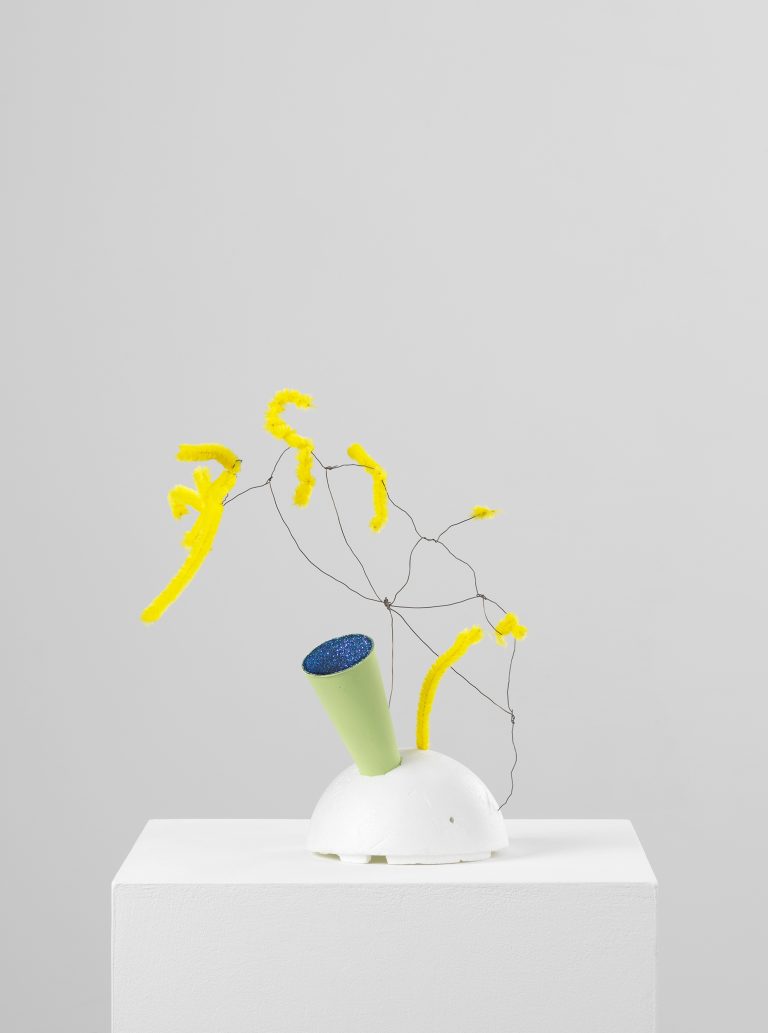 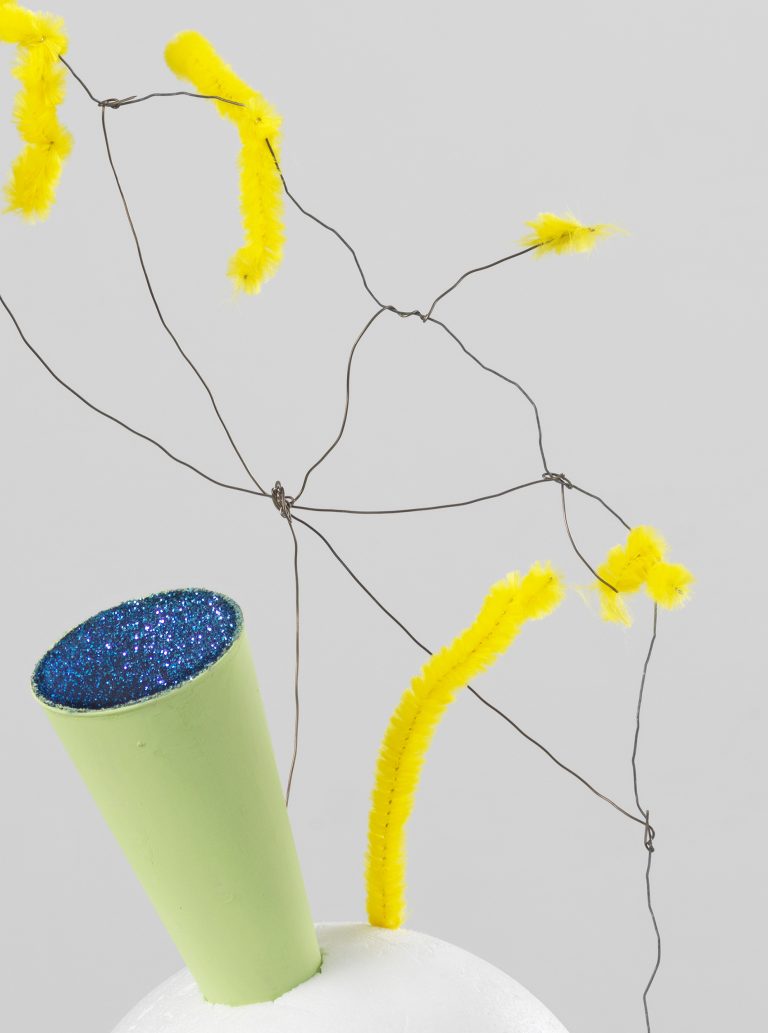 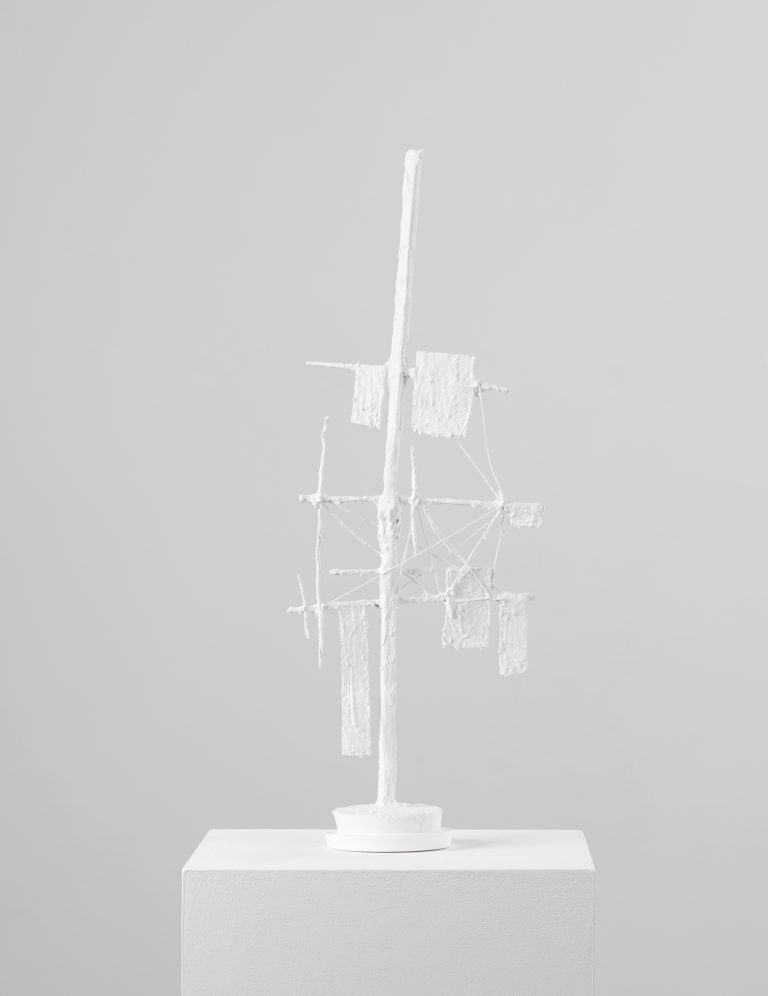 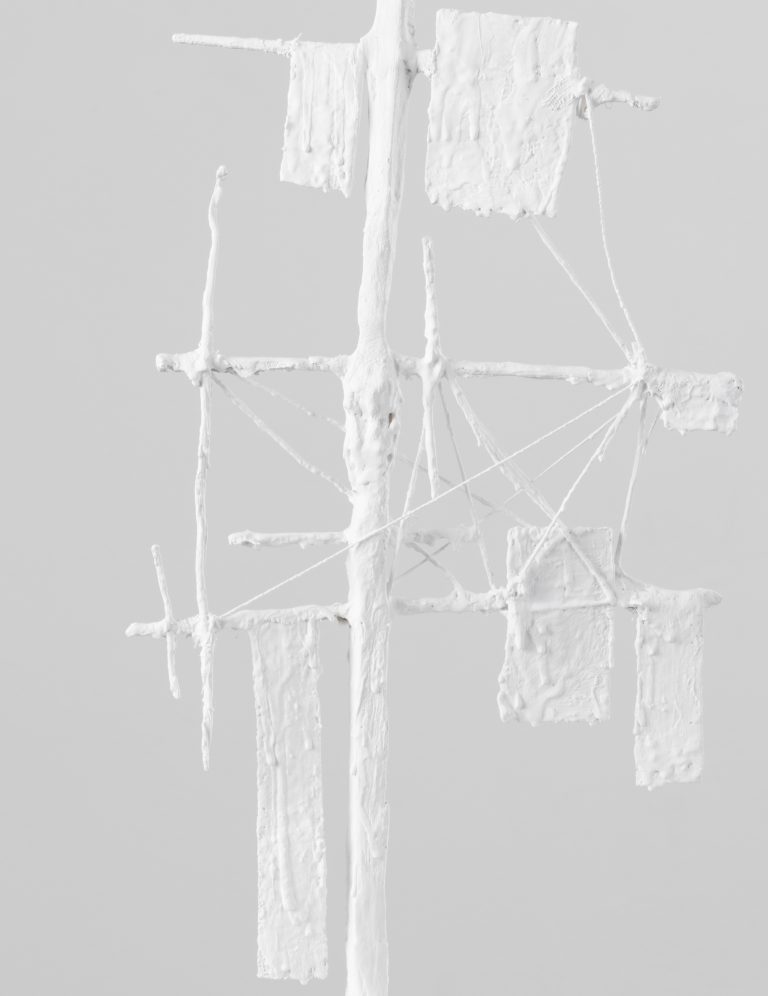 Henriksen’s solicitation of fable includes a recent site-specific installation, An Architectural Senset (Sofia Moria) (2021), exhibited in the artist’s recent solo exhibition Far, far away he §aw §omething §himmering like Gold at the Vigeland Museet, Oslo. Here, Henriksen ruminates on Theodor Kittelsen’s painting Far, far away Soria Moria Palace shimmered like Gold (1900). The painting depicts Askeladden, a character of Norwegian folktales by Peter Christen Asbjørnsen and Jørgen Moe, who sees the storied castle of Soria Moria in the distance. Using panels painted with various colours, Henriksen renders the Norwegian landscape as a freestanding sculpture reminiscent of house timbering. The shimmering horizon of Soria Moria, meanwhile, is abstracted into three yellow panels. Even in this rendering, the impression of the castle persists as an image in the mind like an everlasting horizon. By seemingly disarticulating the Flying Dutchman, Henriksen paradoxically insists on the self-sustaining character of myth, a logic which influences one’s conception of landscape, territory and belonging.

Henriksen’s Retrospective (2020) series manifest a more spontaneous counterpoint. Across the series, material is decidedly varied, including: glitter, thread, steel wire, styrofoam, a hammer, a bottle brush, a wax crayon and melted plastic pebbles, to name a few. The seemingly precarious assembly of each work belies an intuited sensitivity to balance, structure and scale. For instance, The Retrospective #11 and #6’s discrete arrangements echo the skeletal framework of the Flying Dutchman’s masts and sails – only now composed from tangled threads, an upturned hammer or cross-hatched and curled ribbons. As small-scale models, both series reanimate the very malleability of myth and space as it is perceived, symbolised or remembered, via material which close at hand. As speculative after-forms or instructive preforms they provide imaginative extensions of Henriksen’s enduring fascination with architecture’s immaterial, historical and psychological subtext. 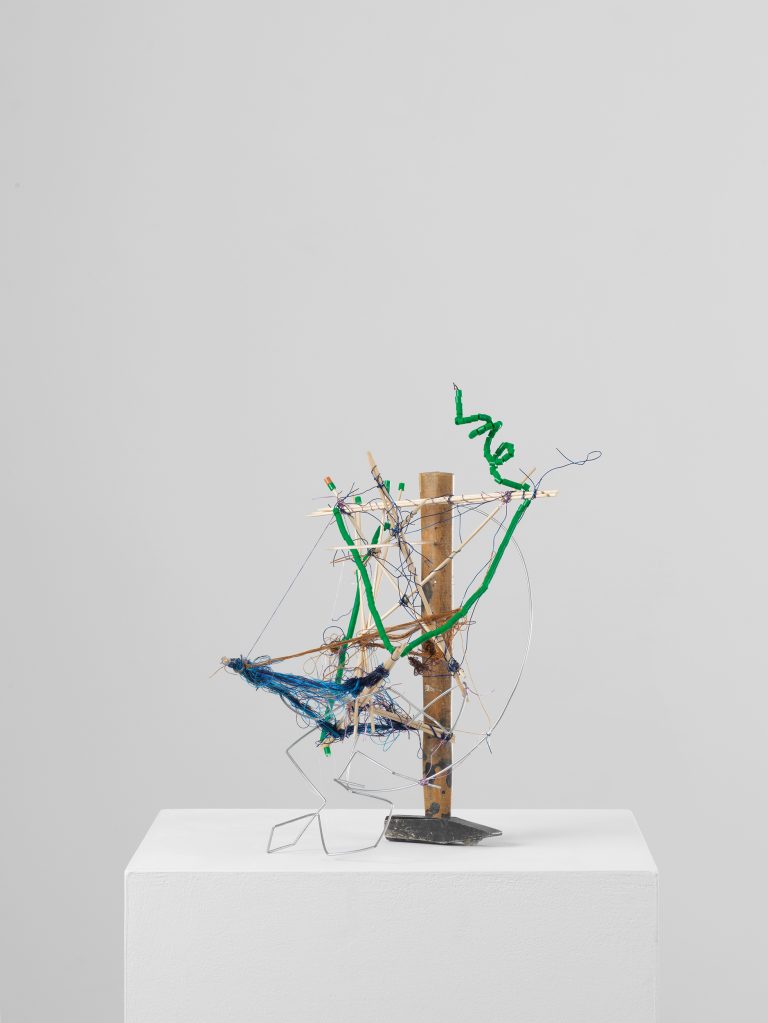 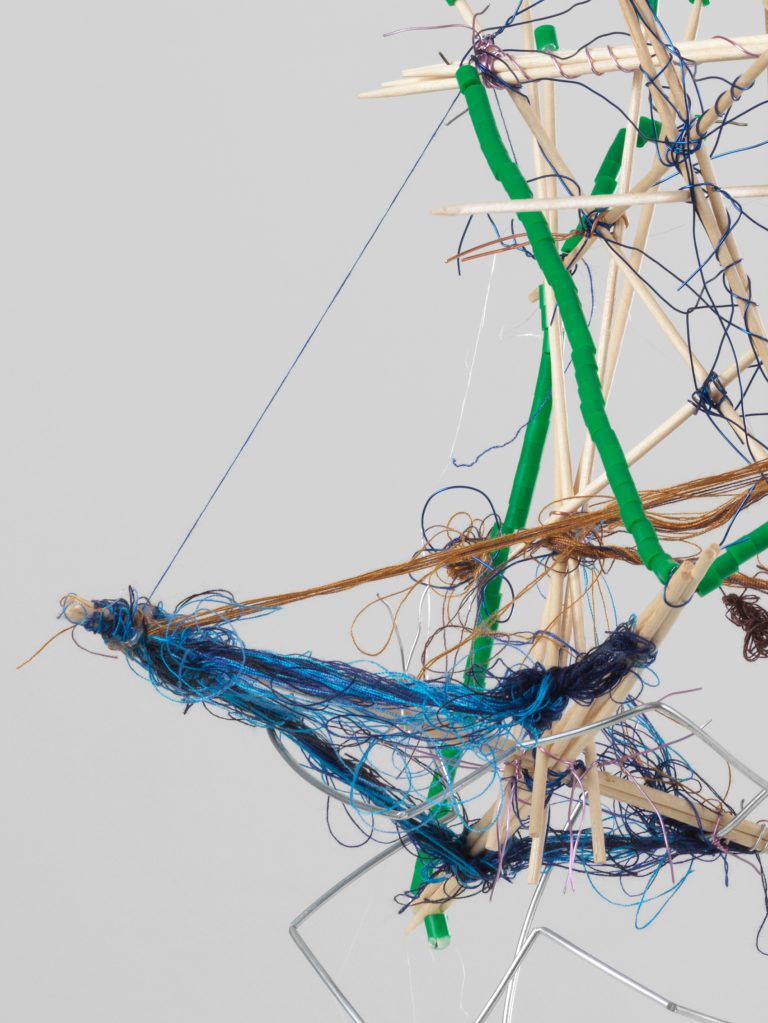 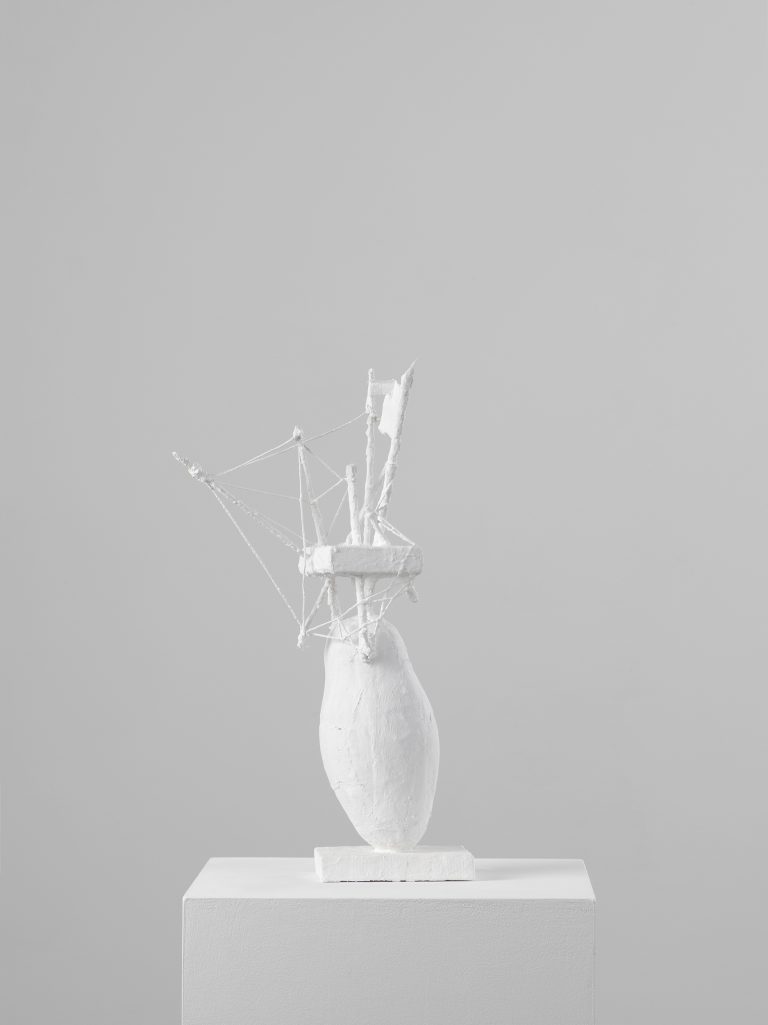 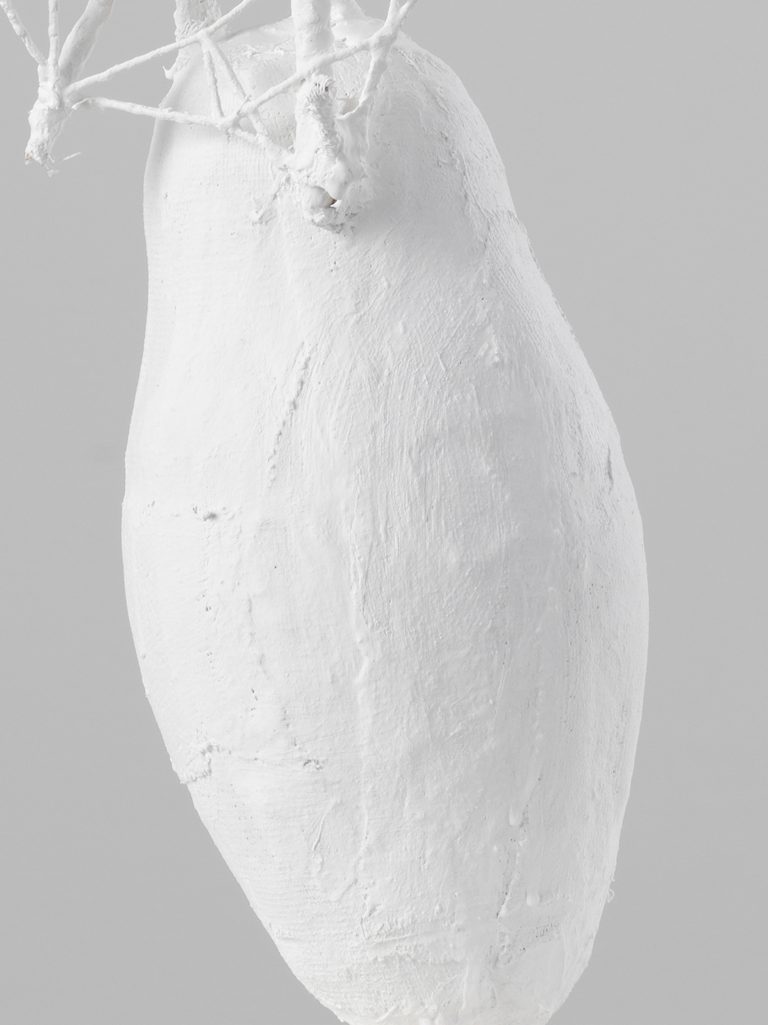 ‘…we carry the spaces that we have inhabited with us; they remain imprinted in our unconscious.’ v

‘…his architecture is informal, decorative, but with an overdetermined sense of play, as if still hung up on the functionality that his constructions have left behind.’ vi 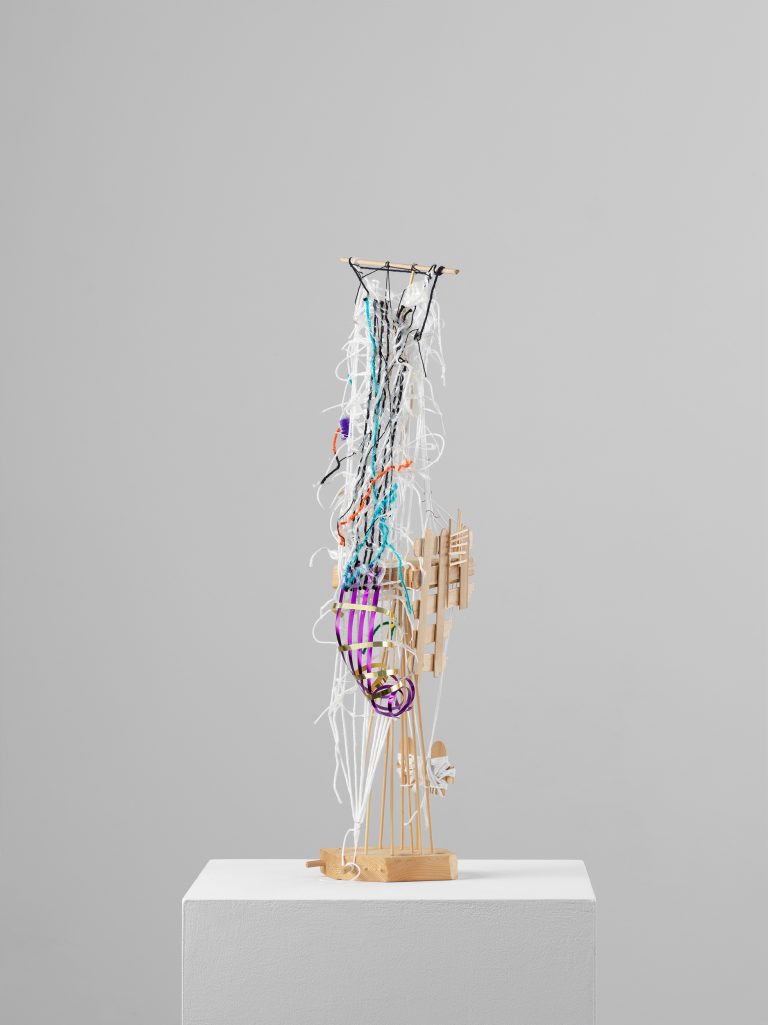 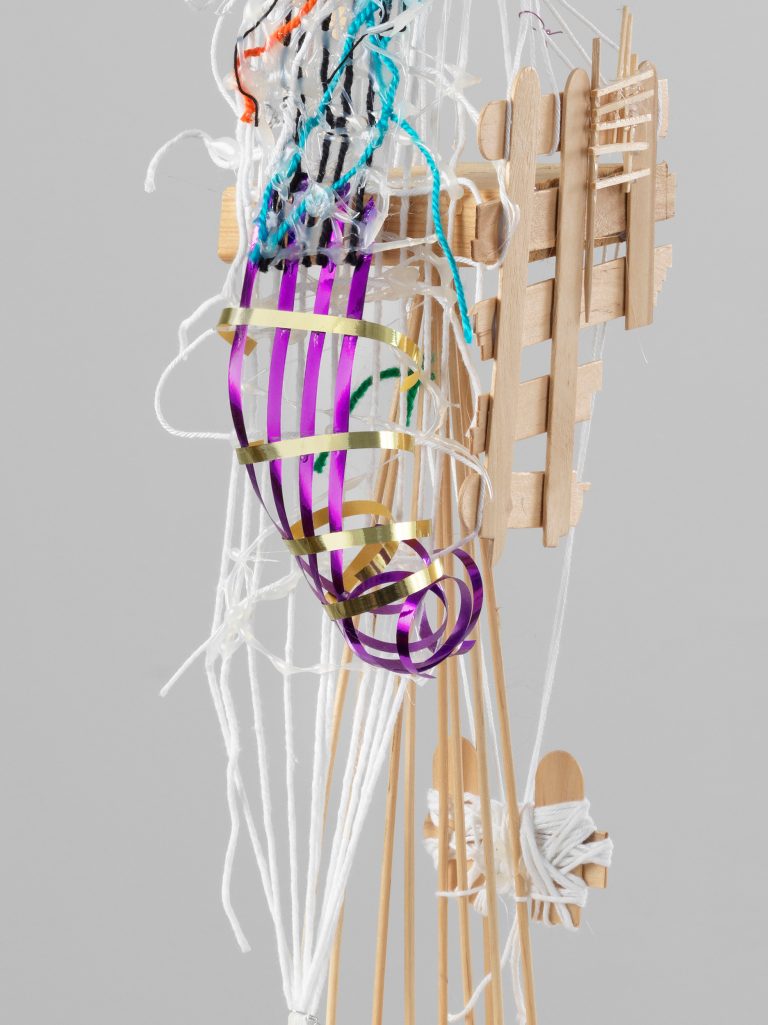 BY ASSOCIATION is a collaborative webshop that offers select artworks, editions and books by each member gallery.

Every gallery has a proprietary point of sale.

For individual items, instant purchasing is possible by clicking on the ‘Order’ button after having selected your delivery zone for the applicable shipping cost. Transactions are made via PayPal by way of card payments. No PayPal account is required.

For a selection of items or for items with an ‘Inquiry’ button, you may contact the appropriate gallery below to receive a tailored purchase order and information regarding any applicable tax and shipping options.