Hollybush Gardens is pleased to present Records by Johanna Billing, a project coinciding with the launch of BY ASSOCIATION.

Since 1999, Johanna Billing has produced videos that deftly absorb the viewer in music, movement and rhythm. Her works feature spliced records of choreographed, live events that foreground a cinematic language mastered through collective social engagement. Billing’s work is frequently open to and at times constituted by improvisation and contingency. In turn, her videos orchestrate an engagement with social dynamics to test the interaction between individual and society, performance and spontaneity. The videos often feature modified scores and music composed by the artist or in close dialogue with participants, using sound as an essential device for collaboration and communication. This project traces the development of Billing’s 12″ vinyl records, presented here together for the first time. 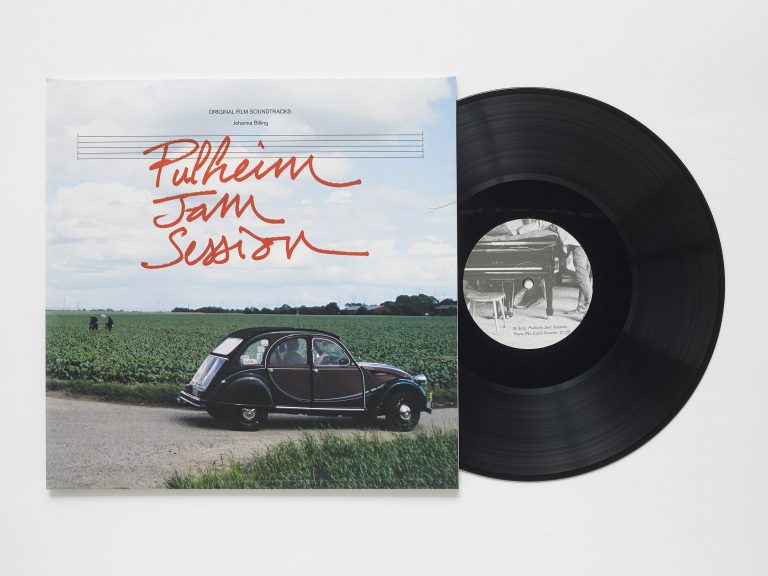 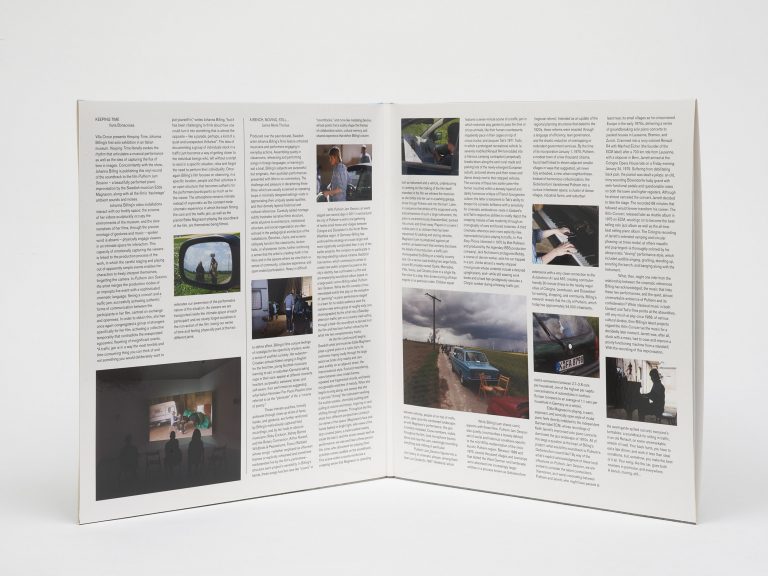 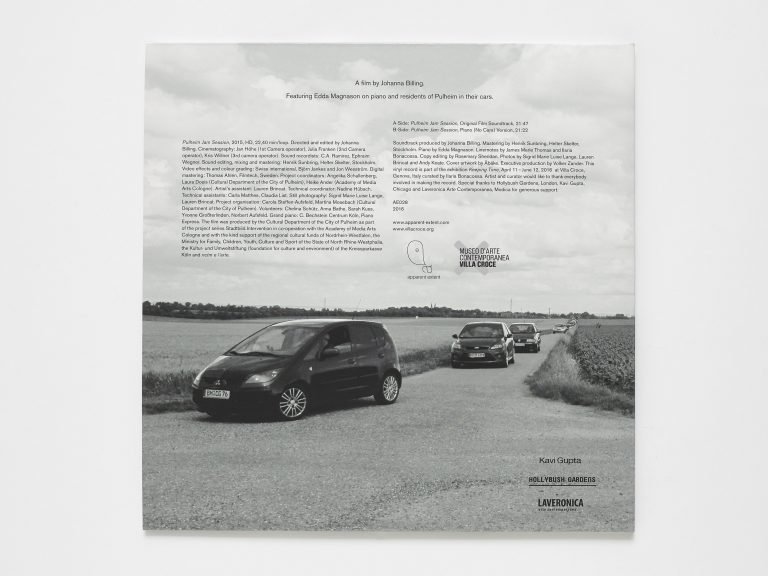 Billing’s film I’m Gonna Live Anyhow Until I Die (2012) journeys along wanderings of a few unsupervised youngsters as they roam the streets of Ostia, a neighbourhood in Rome and home of the celebrated filmmaker Pier Paolo Pasolini. This phonograph record captures numerous sonic parallels: folk cover tunes of the infamous 1971 album Fetus by the experimental Italian musician, Franco Battiato, a sporadic sequence of acoustic outtakes and voices of the children in candid dialogue. I’m Gonna Live Anyhow Until I Die is presented by Apparent Extent, Cologne, Germany in collaboration with Laveronica Arte Contemporanea of Modica, Sicily, and the book collective Dent-De-Leone, London, UK. The record includes production stills, interview transcripts and text contributions by Billing and curators Cecilia Canziani and Lorenzo Bruni. 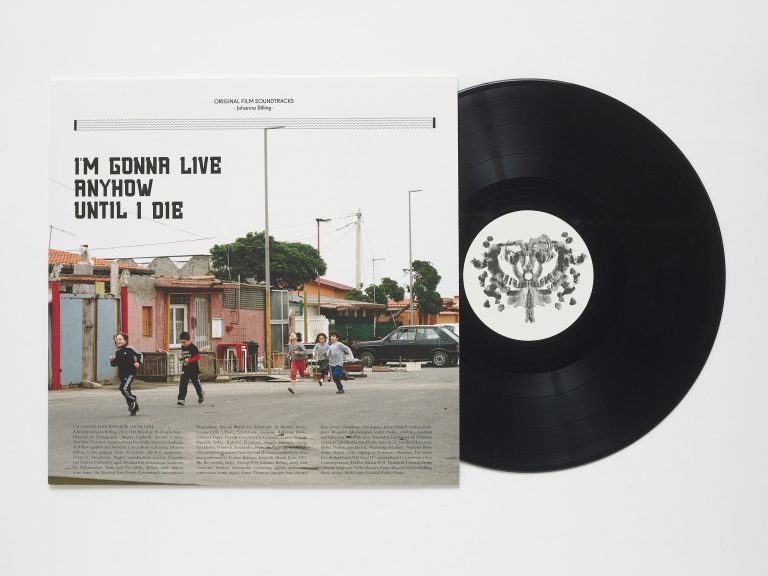 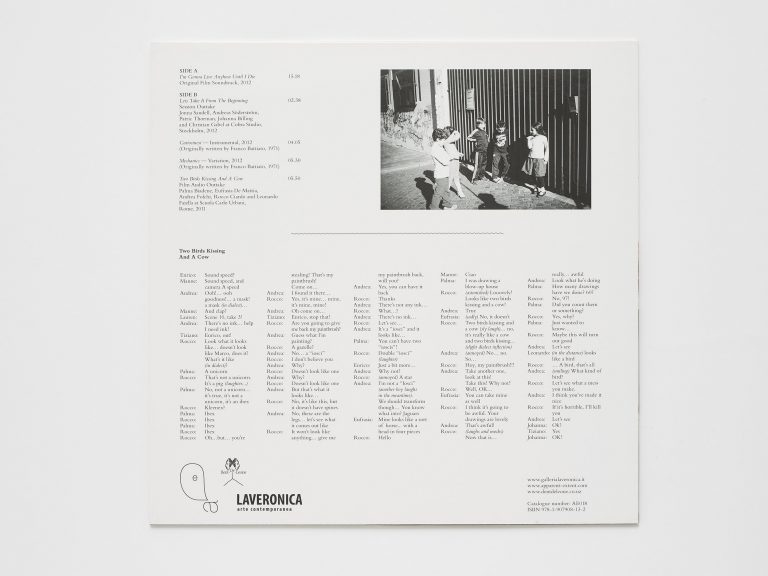 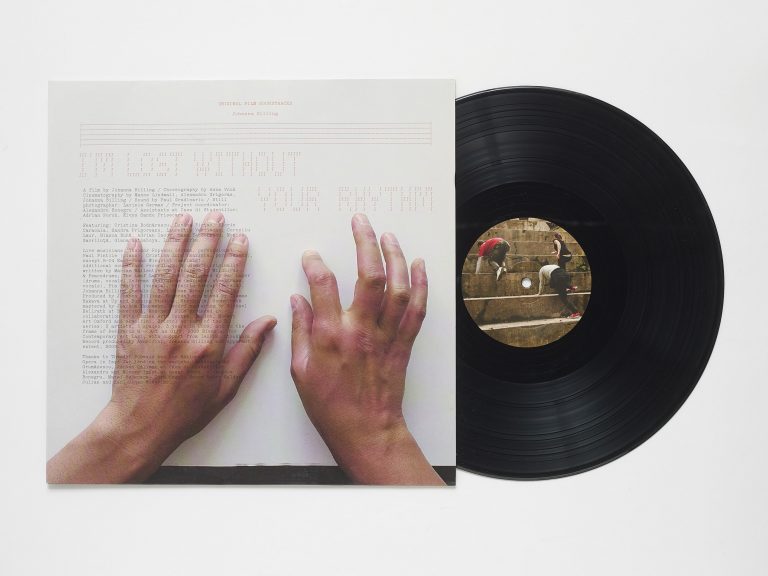 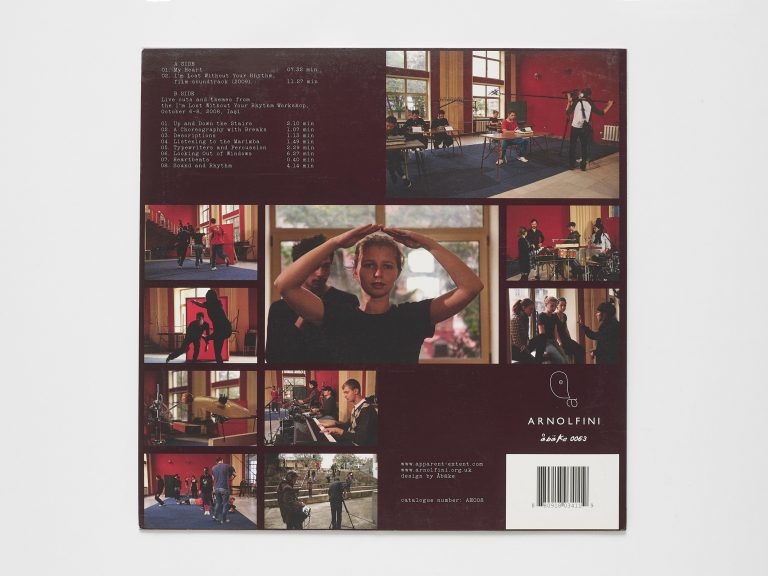 Conceived around ‘My Heart’, a composition by Swedish drum and voice duo Wildbirds & Peacedrums, Billing’s film project I’m Lost Without Your Rhythm (2009) captures a choreography workshop of amateur Romanian dancers and acting students at the Periferic 8 Biennial of Contemporary Art in Iasi, Romania in 2008. The film and soundtrack link several days of activity as a continuous process, one in which the dancers are watched by an audience, free to come and go as they please, without a final performance as such. The work itself is a result of a collaboration between the choreographer, musicians, dancers and the audience. The vinyl’s B side features live cuts and themes from the two-day workshop.

This record features the original soundtrack to Billing’s film This Is How We Walk on the Moon (2007). The film follows a group of Scottish musicians as they board a sail boat and learn to navigate the ship. The title of the work references a song of the same name by Arthur Russell, the iconic cellist and composer associated with New York’s nascent underground disco scene. ‘This song has stayed with me for a number of years, and I’ve always been very fascinated by the sentence: “This Is How We Walk on the Moon”,’ says Billing. ‘That such a small word, “this”, can contain so much—it seems to me as if [Russell is] trying to describe “this is what we in particular do today, in this particular now.” History has described walking on the moon as man’s—or rather mankind’s—great step or leap. Today, forty years later, it’s interesting to think about what now constitutes a great step, or a step into new or unknown territory. And to consider the relationship between what is regarded as being a great step for people at the individual level and for the society we live in.’ 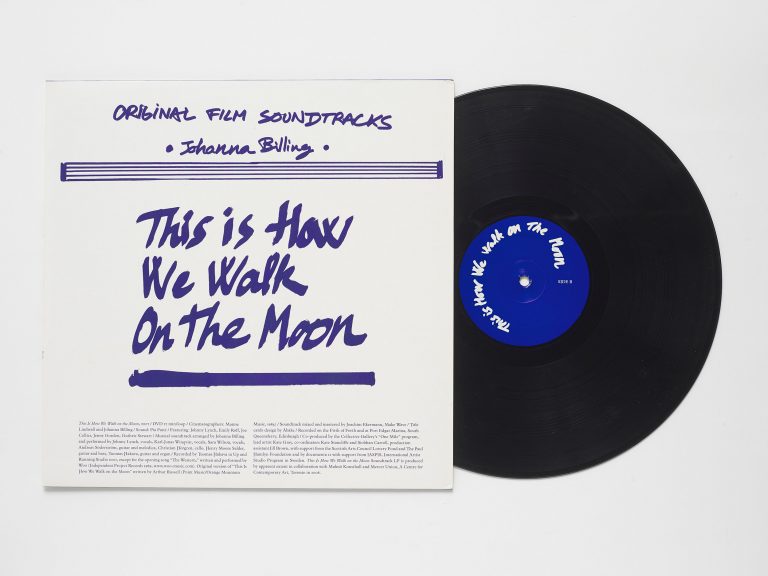 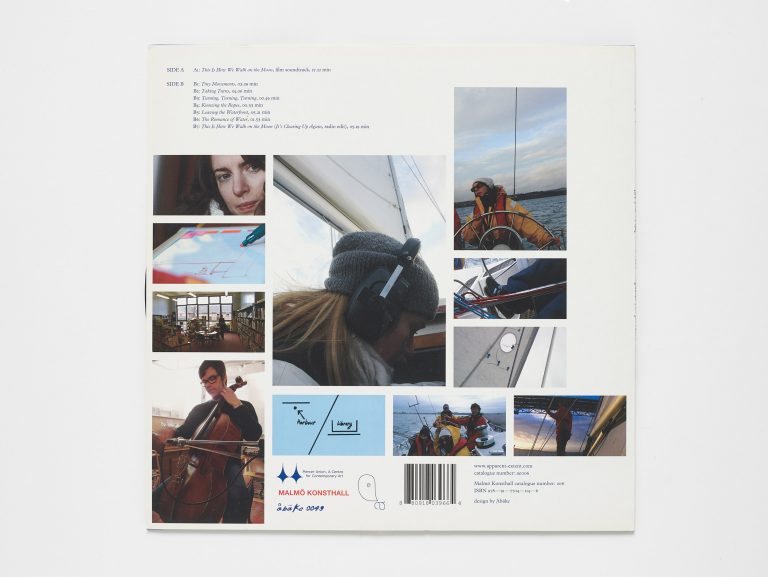 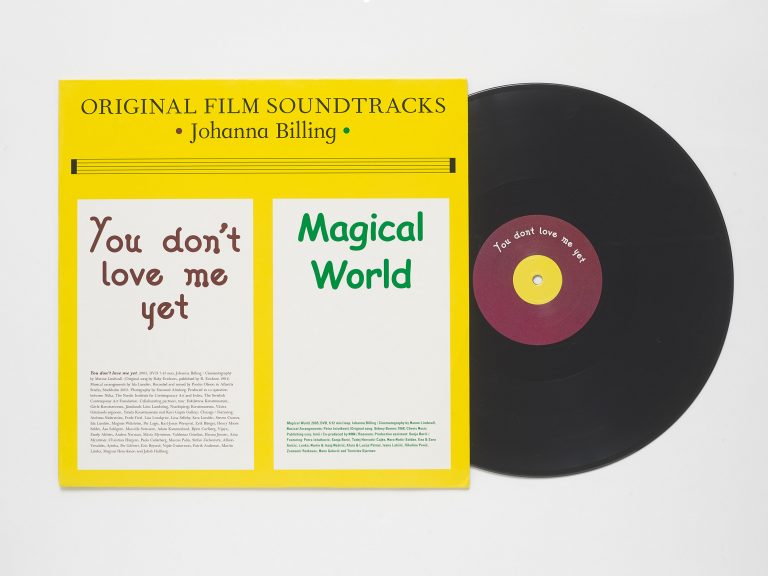 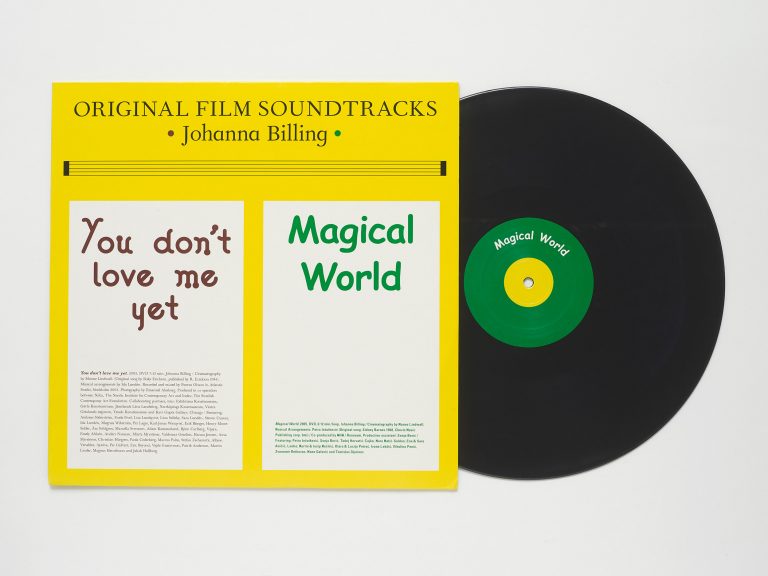 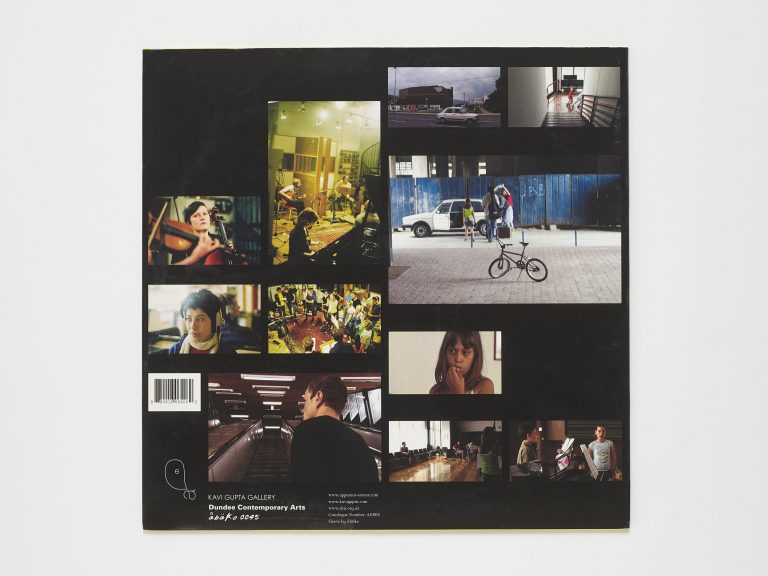 This record features the soundtracks from Billing’s films Magical World (2005) and You Don’t Love Me Yet (2007). This is the first LP by Billing released on Apparent Extent, a label platform for artists’ records based in Cologne, Germany, founded by Volker Zander. Co-produced by DCA, Dundee, Kavi Gupta, Chicago and Apparent Extent. Graphic design by Åbäke, London.

This vinyl features the film score of Billing’s work Another Album (2006), additional recording session sounds and a selection of live improvisations of songs from the Novi Val (new wave) movement that blossomed around late 1970s and ’80s in the former Yugoslavia. 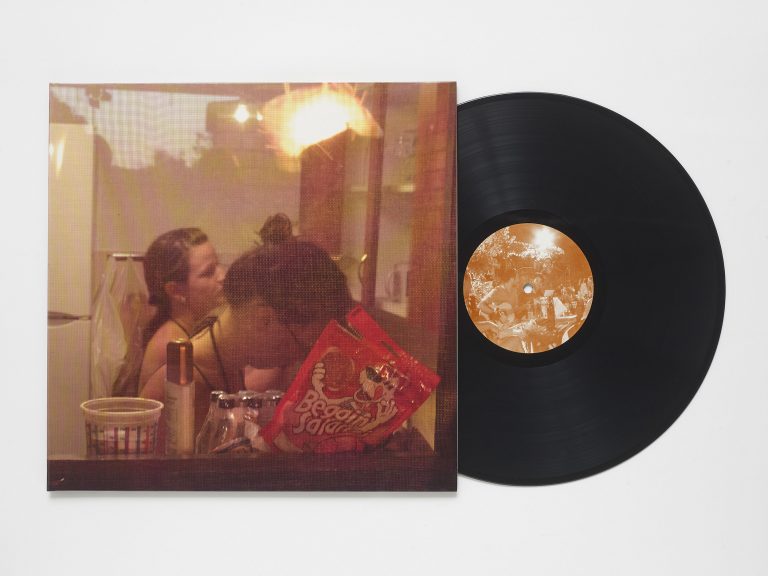 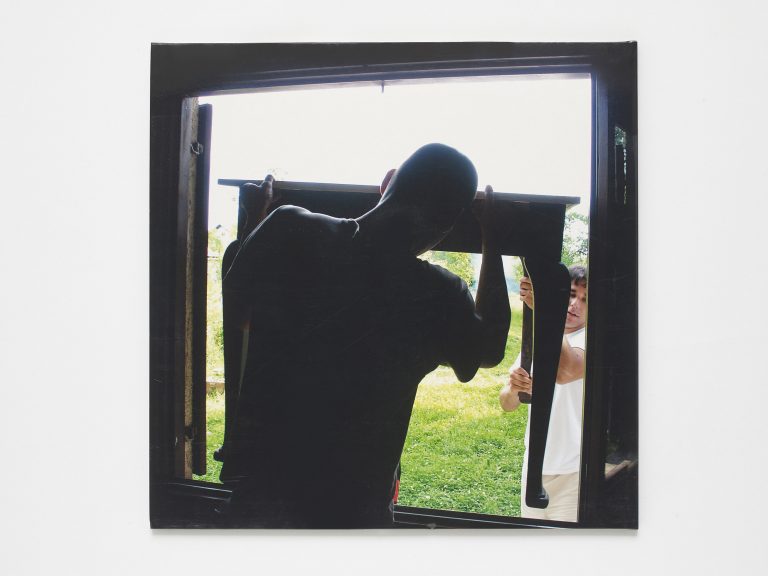 Johanna Billing (b. Jönköping, 1973) lives and works in Stockholm, Sweden.

BY ASSOCIATION is a collaborative webshop that offers select artworks, editions and books by each member gallery.

Every gallery has a proprietary point of sale.

For individual items, instant purchasing is possible by clicking on the ‘Order’ button after having selected your delivery zone for the applicable shipping cost. Transactions are made via PayPal by way of card payments. No PayPal account is required.

For a selection of items or for items with an ‘Inquiry’ button, you may contact the appropriate gallery below to receive a tailored purchase order and information regarding any applicable tax and shipping options.